PI’s unique optimization functionality is firmware-based, offers the unique option of parallel alignment across multiple inputs, outputs and degrees-of-freedom, and can improve process throughput by a factor of 100 or more compared to legacy approaches.

Alignment automation emerged three decades ago.  In an era dominated by single-mode pigtailing applications, it was an enabler that helped eliminate costly manual submicron-alignment processes during device test and assembly.

The photonics world has advanced, though.  Wafer-based photonics now drives the industry.  Adoption volumes are orders of magnitude higher than in the 1997-2001 photonics boom, and the devices are quite different: for example, multiple I/Os necessitating multiple degree-of-freedom optimization, with each coupling frequently presenting non-Gaussian multimode cross-sections and interactions across channels, inputs and outputs, and DoFs.  While these challenges can often be met with legacy alignment techniques, the minutes-scale times required present serious challenges for production economics.

PI’s unique, fifth-generation optimization technology, now well-proven in the field after its 2016 introduction, allows simultaneous alignment across channels, I/Os and DoFs, even when they interact due to optical or geometric crosstalk.  The dazzling throughput improvement of this parallelism can often exceed a factor of 100, as PI routinely demonstrates in live demonstrations at conferences.  So, for example, an array-device alignment that previously took a few minutes can often now be achieved in a second or less.

PI’s first implementations of this technology were in fast piezo stages and hexapods.  Now its key functionality has been extended to ACS controls, bringing the benefits of ground-breaking productivity to large-format applications as diverse as photonics wafer probing, device packaging, and chip testing and even laser and optical equipment manufacturing.

Moreover, the algorithms offer seamless compatibility with today’s photonic devices, which often prove challenging for legacy approaches.  For example, there is no implicit assumption of circular symmetry embedded in the algorithms.  That posed no issues in 1997 but can be highly sub-optimal for latter-day photonic devices.  It can practically be stated that these systems can virtually “optimize anything,” which is definitely not the case for the decades-old approaches still commonly offered.

A good example of a legacy approach to an area scan is a classical raster or serpentine scan, which sweeps one axis, then increments its orthogonal axis, and repeats until the area is covered.  Variations on this theme are common, including stepwise hill-climbs.  But these approaches pose fundamental issues today.  The stopping-and-starting adds settling time and causes vibration throughout the system, and the linear acquisitions can lead the system to actually de-align in common situations of asymmetric coupling profiles.

By comparison, PI’s firmware-based area scans use smooth, continuous sinusoidal and spiral patterns of selectable frequency.  So system resonances can easily be avoided, allowing the non-stop scan to proceed without vibration.  The result is considerably higher speed.  Add built-in modelling in some controllers, and the system can determine the peak (or even the centroid of a top-hat coupling) with good accuracy and speeds down to a few hundred milliseconds.

The digital gradient search was first developed in 1987 and, until now, has been mostly unchanged in its implementation through four subtle generations of the technology.  A small, circular motion causes the coupling signal (or other figure-of-merit) to vary, and this variation can be analysed in phase and amplitude to determine the instantaneous gradient.  This allows a fast and direct path to optimum, with tracking possible for appropriate mechanisms.

PI’s radical fifth-generation approach builds on this classical foundation to enable multiple gradient searches to proceed in parallel.  For example, this allows an XY lock-on to be performed at the same time a theta-Z optimization runs— an essential combination for any array-device alignment.  This fast, parallel execution replaces the time-consuming iterative loop of separate XY and theta-Z alignments that was formerly required.  One step instead of dozens!

Since 2016, firmware-based fast area scan, gradient search and parallel gradient-search technologies have been implemented in PI’s powerful piezo nanopositioner and hexapod controllers.  Now fast alignment functionality is available for ACS controls.  Combined with PI’s large industrial stages (including spindle-driven and linear-motor stages, gantries and air-bearing assemblies), this forms a foundation for especially high-throughput applications involving large-area processing, such as when devices are processed in trays, or across several stations, or on an indexing platform or conveyor.

These benefits come with PI’s and ACS’ rich offering of global support options, ranging from on-site Quick Start and training, to extended warranties and service plans, to consulting and co-engineering, to application and software consultation and quick-port approaches for key customers transiting from other architectures.

Photonics today is serious business, with a rapid rate of innovation and churn and broad adoption by important semiconductor and networking players.  Manufacturing and testing these devices demand flexibility and high performance from production systems and tooling.  Multiple studies have spotlighted alignment time as the highest cost contributor to photonic device fabrication, both from the lengthy process times formerly required and from the repeating requirement for alignment throughout the production process.  PI’s revolutionary fast alignment technology is unmatched for meeting these challenges, and now it is deployed in large-area mechanisms based on a modular, open-architecture approach ideal for systems integration and tooling platforms.

This Could Be of Interest for You 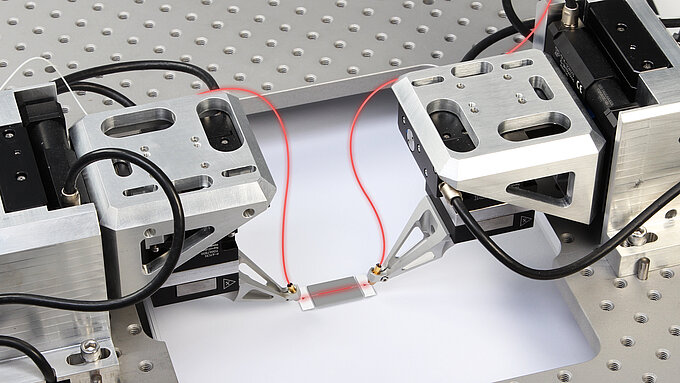 The need to align devices down to nanoscale accuracy is arising in many fields. Optical components such as the lenses or lens assemblies in small cameras, or even the CCD chip itself, need to be positioned with ever more precision. 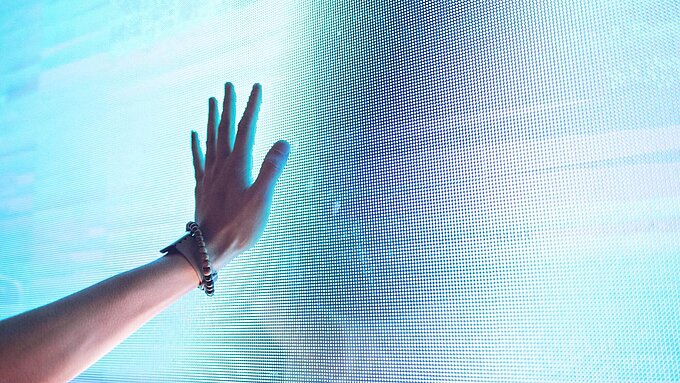 Thanks to its huge transmission capacity and low energy consumption, optical communication is penetrating more and more application areas. With the photonics market segment, PI helps with the alignment of optical components – from silicon photonics through photonic circuits to aligning lenses and prisms in discrete optics. 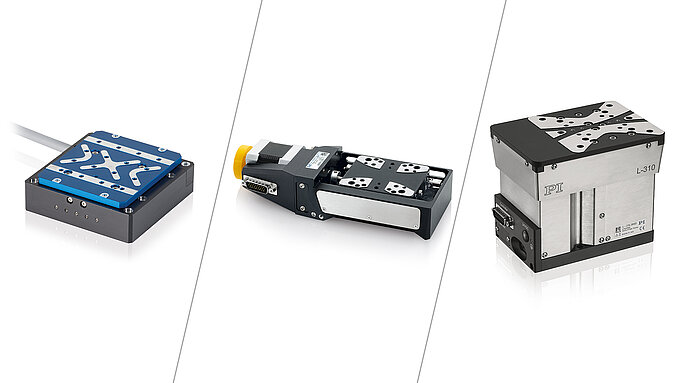